For the employment of a foreigner to be ‘legal’, the person must have permission to live and work in South Africa; for example, be in possession of a valid work permit or have refugee status. There could be several reasons for employers ending up having ‘illegal’ foreigners in their employ. The illegal employment of a foreigner is expressly prohibited by the Immigration Act. But trying to rid oneself of the problem by simply dismissing the employee could have its own adverse consequences.

What does an employer do if a work permit is due to expire, or has already expired? Perhaps the person was employed without having a work permit in the first place. Does the person enjoy employee status? May the employee be dismissed and, if so, how does one go about it?

It is no secret that the Department of Home Affairs is becoming more stringent with issuing an extension of work permits. It also seems to be stepping up its enforcement measures. Many foreign employees, who have recently had their work permits extended, have been informed that it would be for the last time. This is a signal to employers to take a closer look at the requirements for employing and dismissing foreign employees.

The Labour Relations Act provides a list of ‘justifiable reasons’ for employing someone on a fixed-term contract. The employment of ‘a non-citizen who has been granted a temporary work permit’ is one of the justifiable reasons listed in the Act. It would make sense to employ foreigners on this basis. Employment would automatically terminate upon expiry of the temporary work permit.

But not every foreigner is employed on a fixed-term contract. So, where does it leave the employer, who has employed a foreigner on an indefinite basis and whose work permit then expires, or an employee that did not have a valid work permit in the first place?

The first aspect to consider is the legal status of someone who does not have a valid work permit. For a long time employers assumed that ’illegal’ immigrants did not enjoy any protection in terms of our labour law. The issue arose in the Labour Court case of Discovery Health Limited v CCMA & others (2008). When the employee’s temporary work permit expired, the company informed him as follows: “It has come to our attention that your work visa, allowing you to work in South Africa, has expired. Accordingly, we regret there is no longer a legal basis for your employment at Discovery. As such, your employment at Discovery must terminate with immediate effect.”

The court acknowledged that, in terms of Section 38(1)(a) of the Immigration Act, there is a prohibition on the employment of –

“(a)  an illegal foreigner;

(b) a foreigner whose status does not authorise him or her to be employed by such person; and

(c)  a foreigner on terms, conditions or in a capacity different from those contemplated in such foreigner’s status”.

The Immigration Act provides for a transgressing employer to be met with a hefty fine or imprisonment.

The Labour Court found that, by criminalising only the conduct of an employer who employs a foreign national without a work permit, the legislature did not intend to invalidate the underlying contract. The court concluded that, not only was there a valid contract of employment, but foreign employees also enjoyed protection against unfair dismissal despite being illegally employed. In this particular case the matter was referred back to the CCMA to decide on the procedural and substantive fairness of the dismissal. The court did not give guidelines on how an employer should go about terminating employment in these circumstances. So, what does an employer do?

What the Labour Court has shown, is that one may not simply inform the employee that employment has been summarily terminated. However, if the employee has deceived the employer, for example, by presenting a falsified work permit or promising to provide the employer with the paperwork when there is none, the employee could be dismissed for misconduct (after following due process).

In a more innocent situation, for example, the expiry of a valid work permit, the answer is less straightforward. Such a situation does not fit neatly into any of the acknowledged ‘no fault’ grounds for termination of employment.

One can take a view that an employee without a work permit does not meet the operational requirements of the employer, i.e. to keep only legally employed persons in its employ – in which case the appropriate way to deal with the matter is to follow the retrenchment process. Another approach would be to treat it as incapacity. But, unlike a classic case of incapacity that typically involves certain employee attributes (such as incompetence or a medical condition), one is dealing with an external factor – the fact the employer may not legally employ the person. In our view the incapacity process is the better fit. The retrenchment route implies the payment of severance pay and is therefore more generous.

Whichever route is adopted, the employer will have to engage with the employee before terminating employment.  Both processes require that the parties explore ways to avoid dismissal. It would therefore appear that, in the case of a lapsed permit, the employer should assist the employee in an attempt to obtain an extension.

Written for Labourwise by Jan Truter 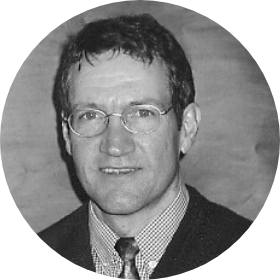 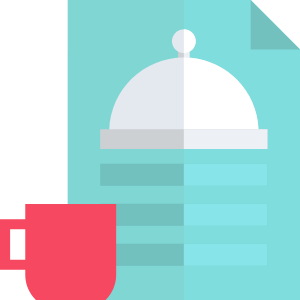